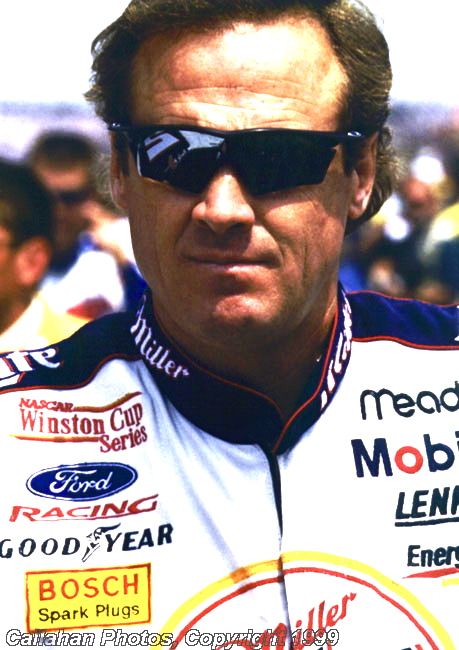 For over 30 years, NASCAR Champion Rusty Wallace has delighted racing fans not only with his hard-­‐nosed and aggressive approach to racing, but also with a personality and charisma that are unmatched in the sport.

Wallace’s accomplishments both on and off the track have been widely recognized. He is a member of the National Motorsports Press Association’s (NMPA) Hall of Fame, a past recipient of the NMPA Myers Brothers Award for outstanding lifetime contributions to the sport of stock car racing and a two-­‐time NMPA Driver of the Year.

When all is said and done, Wallace, a former NASCAR Sprint Cup Series champion and 55-­‐time race winner, will go into history as one of the greatest stock car drivers ever to strap on a helmet. At the time of his retirement from driving in 2005, Wallace ranked as one of the top-­‐five money winners in NASCAR history, with nearly $50 million in career earnings. His 55 career victories marked the eighth-­‐best all-­‐time career total and the seventh-­‐best in NASCAR’s modern era; his nearly 20,000 laps led ranked him seventh all-­‐time. For sixteen straight seasons, Wallace won at least one race on NASCAR’s premier circuit, marking the third longest such streak in history.

In his final year on the NASCAR circuit, Rusty Wallace left fans with an appreciation for his vast contributions to the growth and popularity of NASCAR racing. More than a dozen state, city, and county seats of government declared race day as officially recognized Rusty Wallace Days. In addition, bestowed upon Wallace were Delaware’s Order of the First State and North Carolina’s Order of the Long Leaf Pine, the highest civilian honors in those states.

Wallace’s current undertakings allow him to continue putting his immense knowledge and charismatic personality to work. In 2006, he was named Lead Auto Racing Analyst for ABC / ESPN and currently headlines NASCAR Countdown, the networks’ widely-­‐popular race show. Thanks to his first-­‐hand experience with the sport’s inner workings, Wallace is widely acknowledged as one of the foremost authorities on NASCAR racing.

Wallace is also active in other business pursuits. In 2005, he became the first driver in recent history to design a professional racing facility, when he inked the plans for the 7/8 mile Iowa Speedway. The next year, Iowa Speedway opened to rave reviews. The facility currently hosts rounds of the NASCAR Nationwide Series, the NASCAR Camping World Truck Series, the IRL Indycar Series and a bevy of other professional racing series.

Rusty Wallace is a member of the 2013 NASCAR Hall of Fame Class of Inductees. 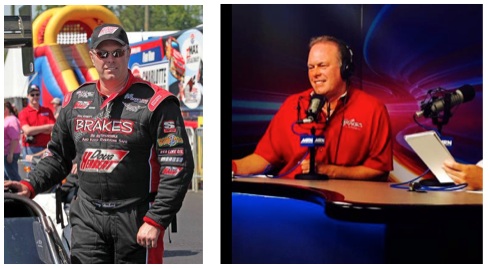 Doug Herbert is a busy man. Whether you’re watching him behind the wheel of a NHRA dragster, listening to him host his weekly show “The Straight Line” on Motor Racing Network Radio, or reading his exclusive Drive Blog on NHRA.com — changes are, you are getting a dose of Doug.

Further staking his claim in the racing world, Herbert owns Doug Herbert Performance, which is the only high performance auto parts distributor owned by a Top Fuel driver that sells to NASCAR, professional race teams, and Top Fuel teams.

While Herbert keeps his finger on the pulse of everything racing, the project dearest to his heart is his nonprofit B.R.A.K.E.S. (Be Responsible and Keep Everyone Safe). He stated it in 2008after his two sons, Jon (17) and James (12), were tragically killed in a car accident. B.R.A.K.E.S. is a free pro-active teen driving school that teaches defensive driving techniques to young drivers in an effort to prevent other families from experiencing a tragedy like his.

An impressive athlete and selfless person, Doug Herbert embodies the spirit and tenacity of drag racing. You can catch Herbert’s radio show “The Straight Line” every Wednesday from 12:00-1:00pm EST on www.motorracingnetwork.com. 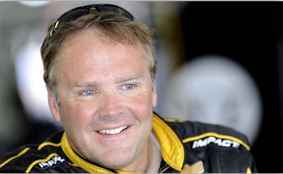 Mike is the middle brother of the Wallace racing family, a recognized and respected name, which includes Rusty and Kenny. The family originated in St Louis, Missouri, and currently resides in the Charlotte, NC surrounding area.

Wallace also recorded a win at the inaugural NASCAR Craftsman Truck Series race at Daytona International Speedway and went on to record two more wins at the historic 2.5-mile tri-oval, including an ARCA win.

More notably, on July 2, 2004, Wallace went from fifth to first on the final lap in the Winn-Dixie 250 and passed Dale Earnhardt, Jr. and Jason Leffler coming out of Turn 4 to hand GEICO their first NASCAR Nationwide Series victory since they became involved in the sport in 2001. It was also Wallace’s first NASCAR Nationwide Series victory at the legendary superspeedway.

Wallace has over 300 short track wins, while also recording wins in the ARCA Series and NASCAR Craftsman Truck Series. In Cup, he has 8 career top 10’s and a career high finish of 2nd at Phoenix.

Wallace is part of the short list of NASCAR racers with more than 600 races to their credit. In fact, statistics show that Mike is the #2 driver in terms of awareness and in one of the top 5 most liked Nationwide Series Driver.

Not only is Mike recognized on the track, he is known for his TV personality. He has been featured as a guest on NASCAR Now, Fox Got Game, a range of ESPN Broadcasts and most recognizable GEICO Commercials. Mike has the appeal to both NASCAR fans and Non-NASCAR fans. While off track and not shooting TV shows, Mike helps to bring awareness to charity organizations such as Double Harvest and MDA.

Mike’s youngest daughter, Chrissy, is following in his footsteps as well in making her mark in the NASCAR Truck Series and Nationwide Series. She is defiantly learning from a winner and a veteran. In August 2008, Chrissy and Mike had the privilege of ringing the closing bell on Wall St. at the New York Stock Exchange.